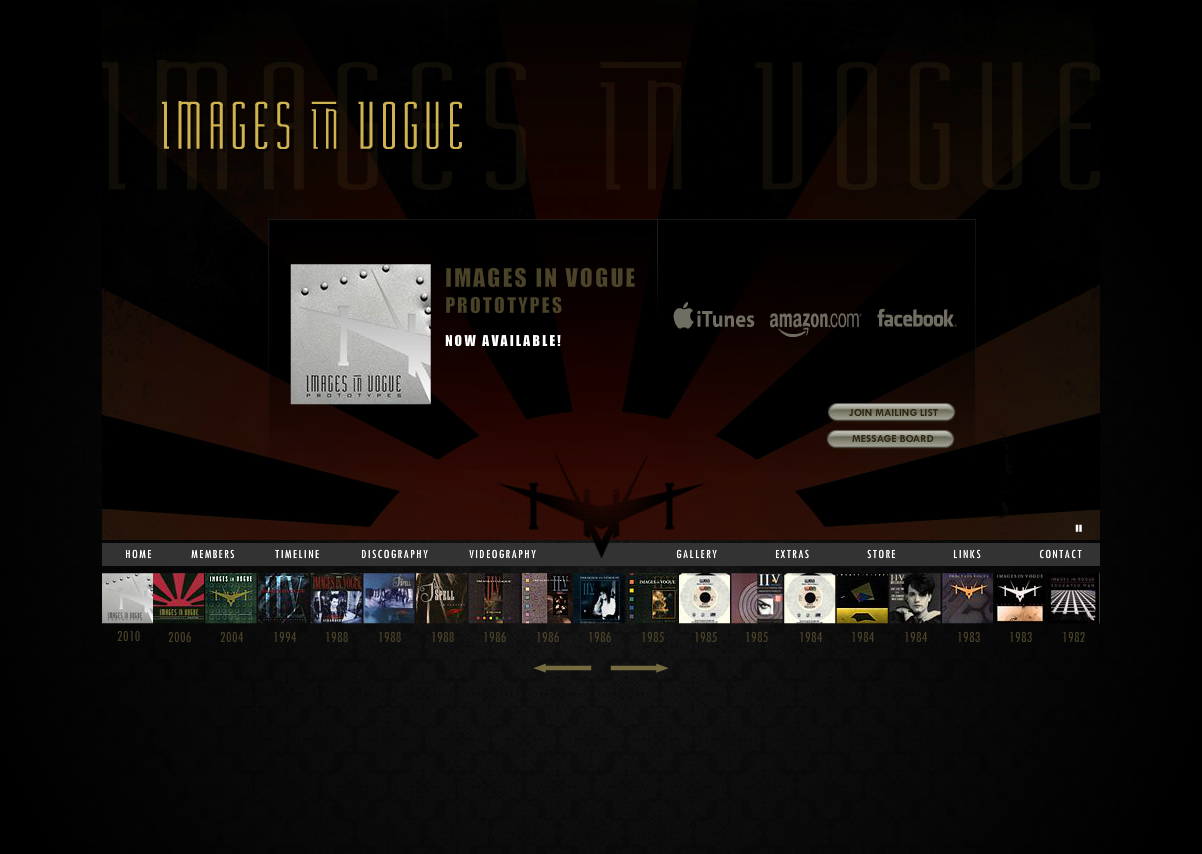 Images in Vogue was a Canadian new wave group in the 1980s.

Gary Smith approached SS Media Co and invited us to explore his IIV archives. Gary wanted to created an interactive and digital archive of the bands accomplishments and achievements.  Gary worked meticulous with us to ensure that every detail of the bands history was captured and presented in a engaging way.

Dive in and rediscover one of Canada’s best bands in this ultimate Images In Vogue Anthology website. 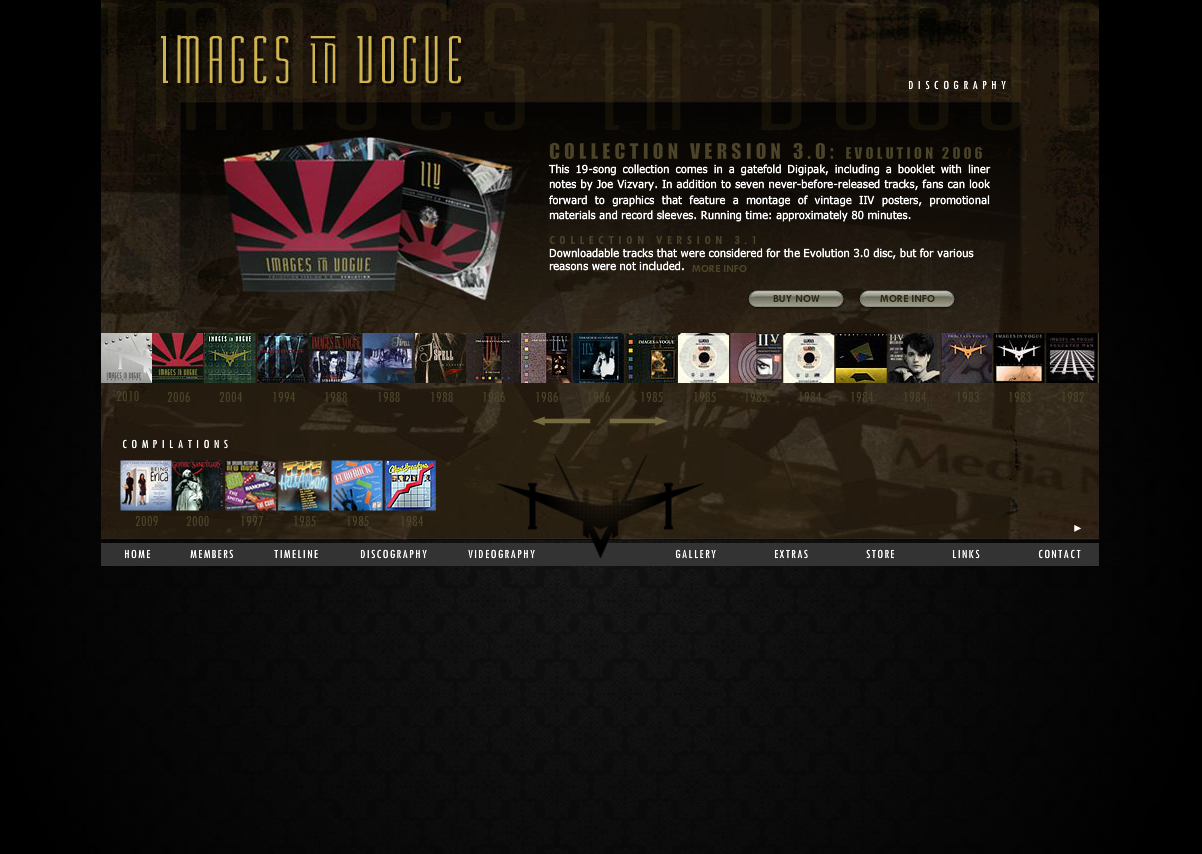 This is nearly all of IIV’s recordings, remastered and features song descriptions and samples and even some free downloads.

Explore the IIV’s achievements and milestones in the interactive Timeline. 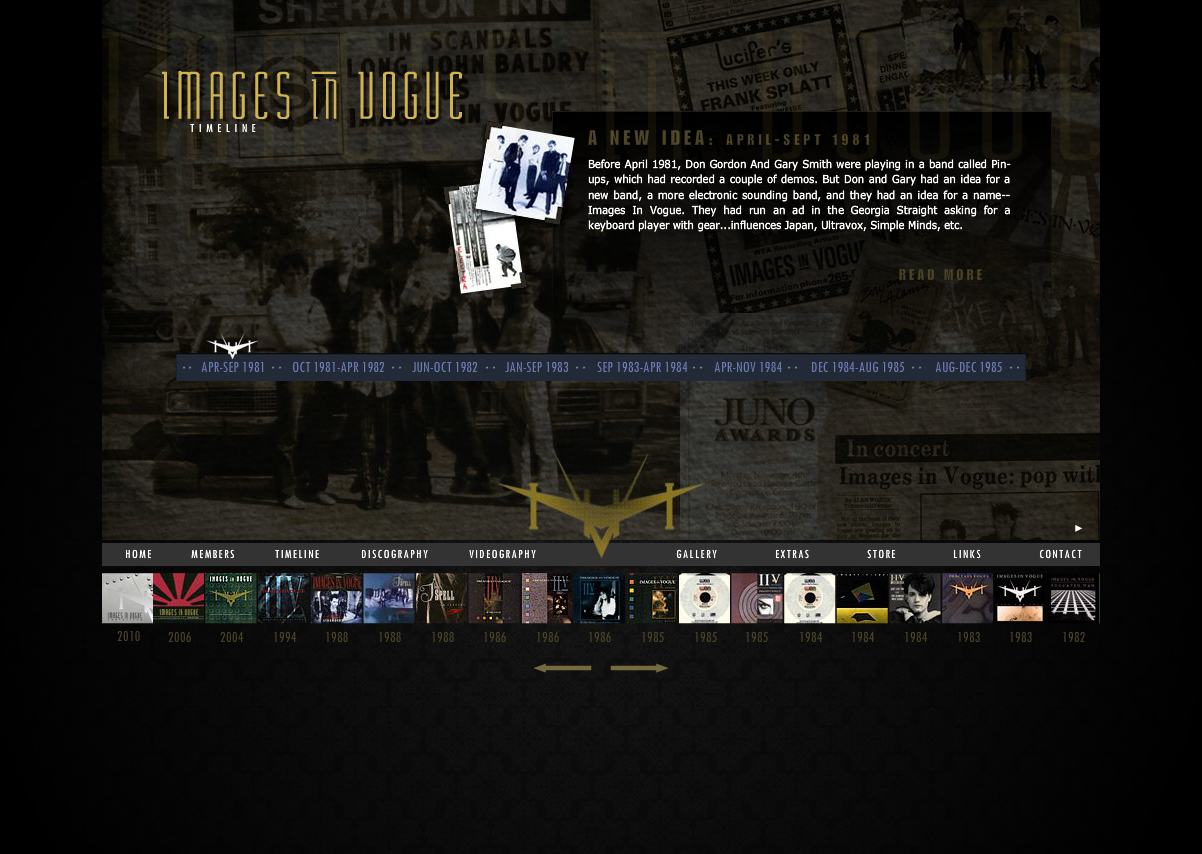 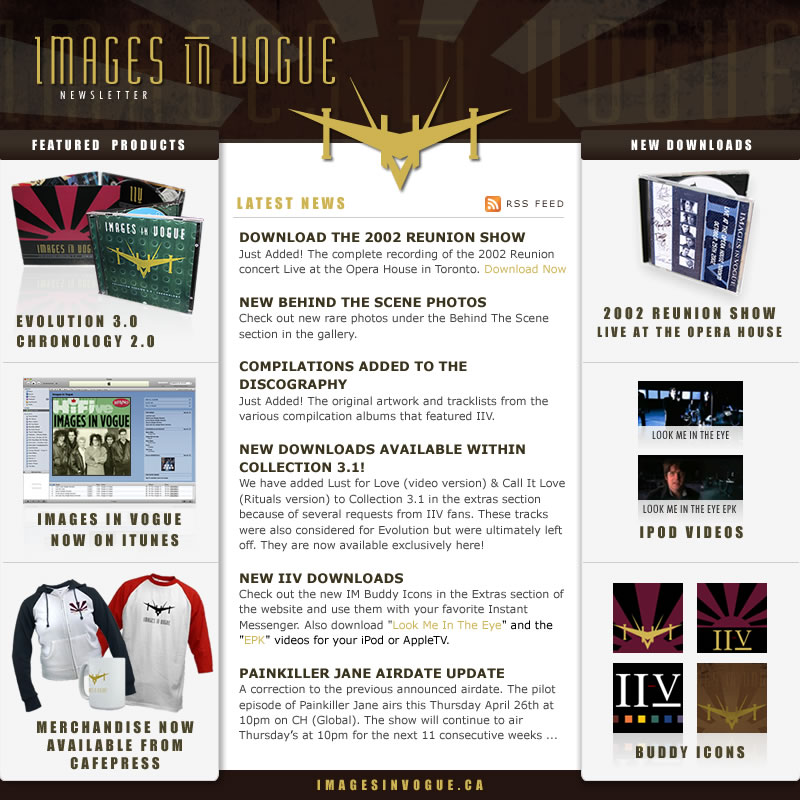 We developed all kinds of email marketing materials which featured unreleased songs, new recordings, t-shirts and other merchandise.

Sampling of the artwork created for the Anthology website including merchandise. 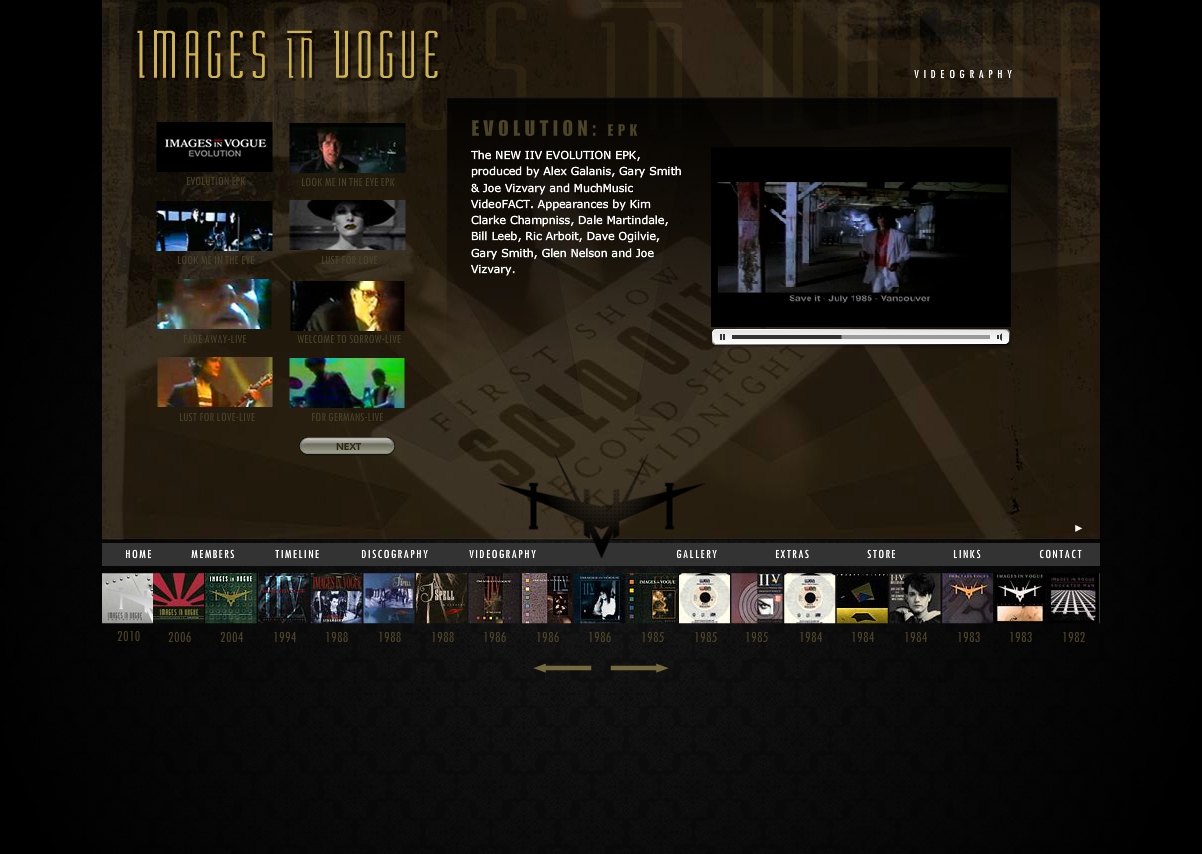 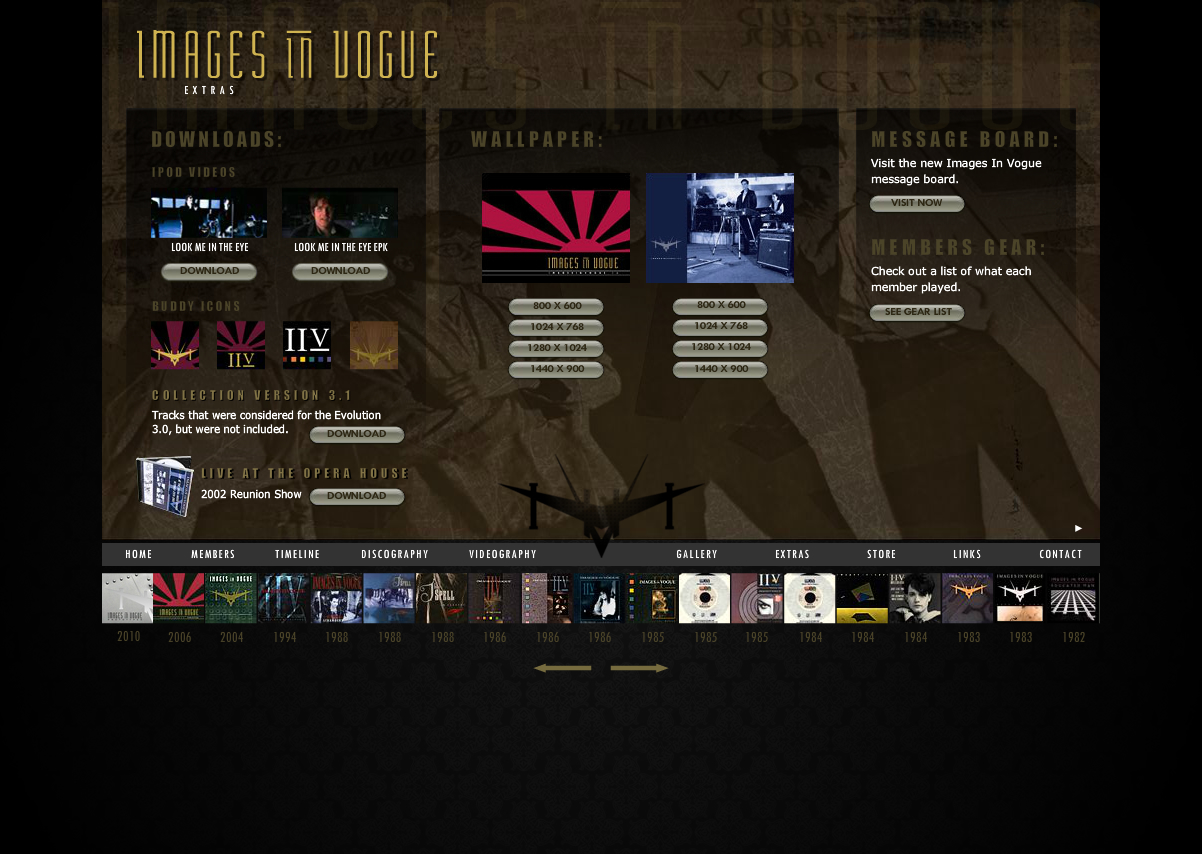 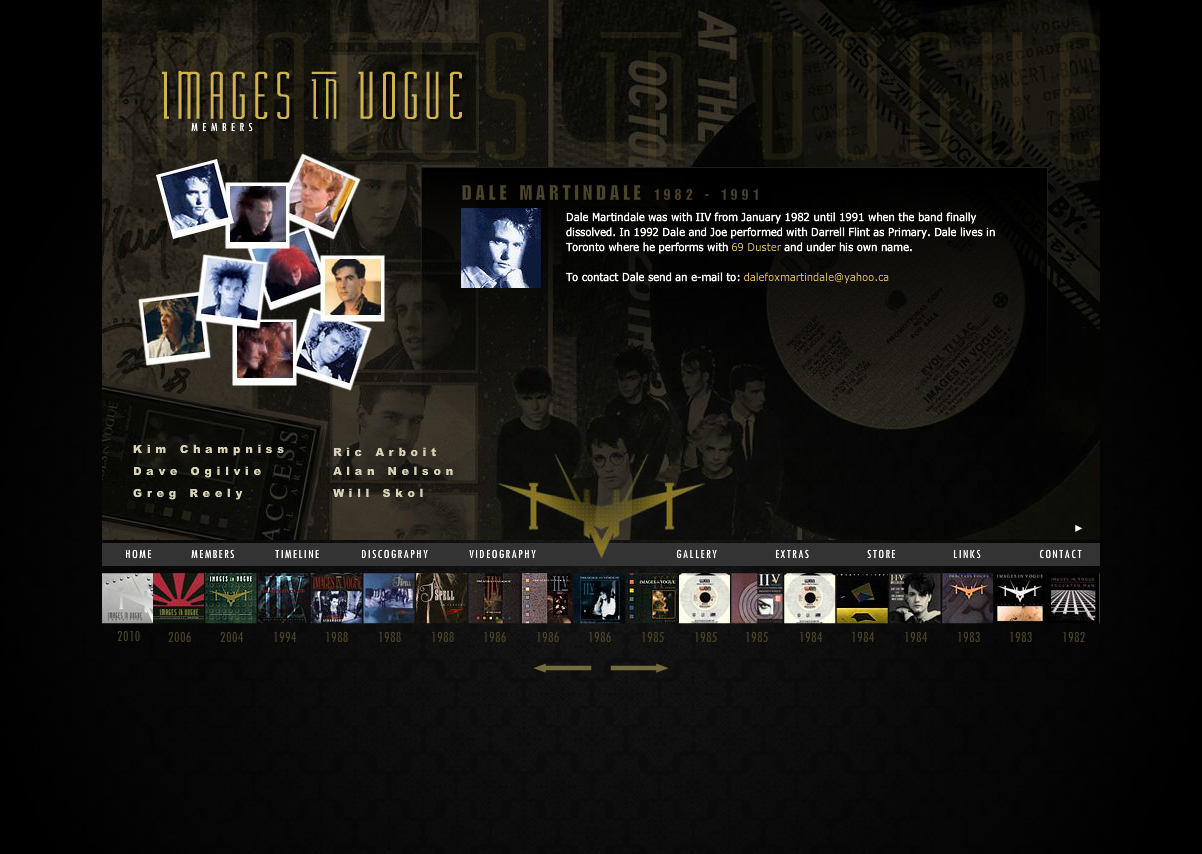 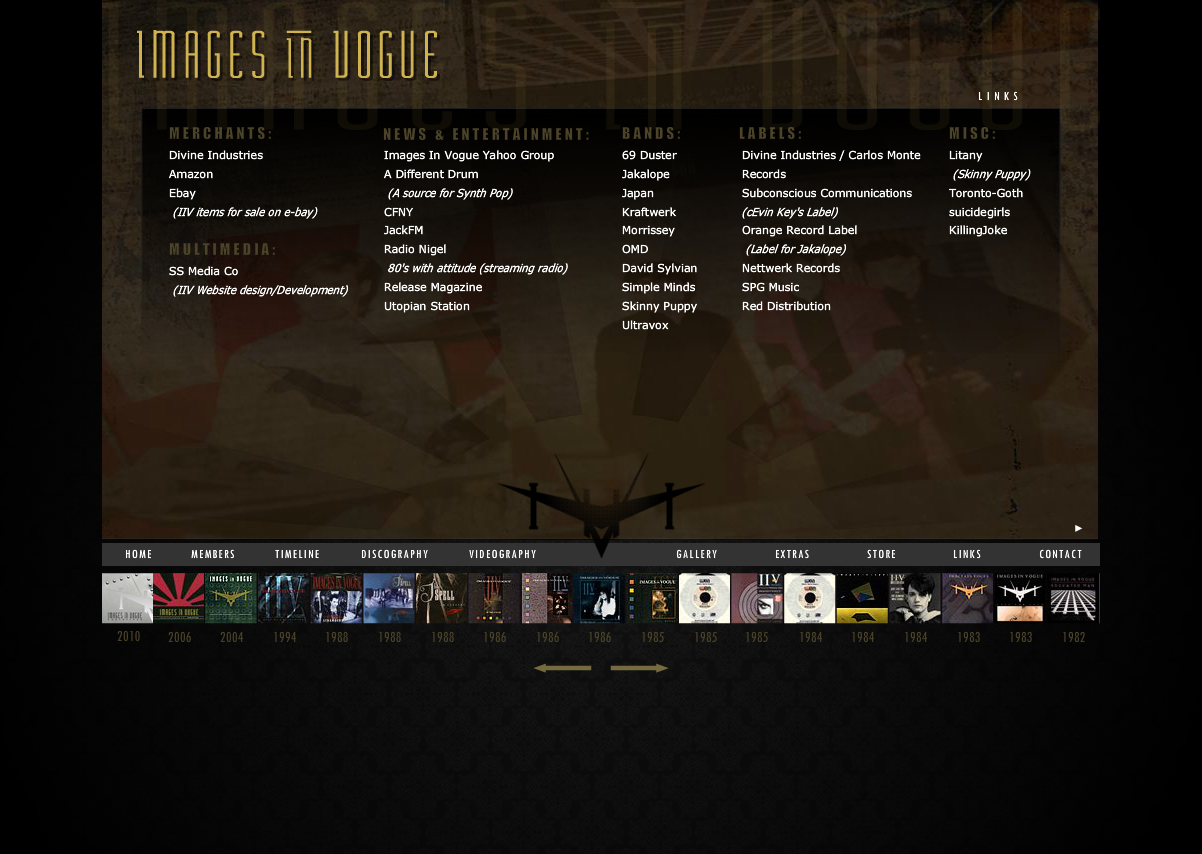 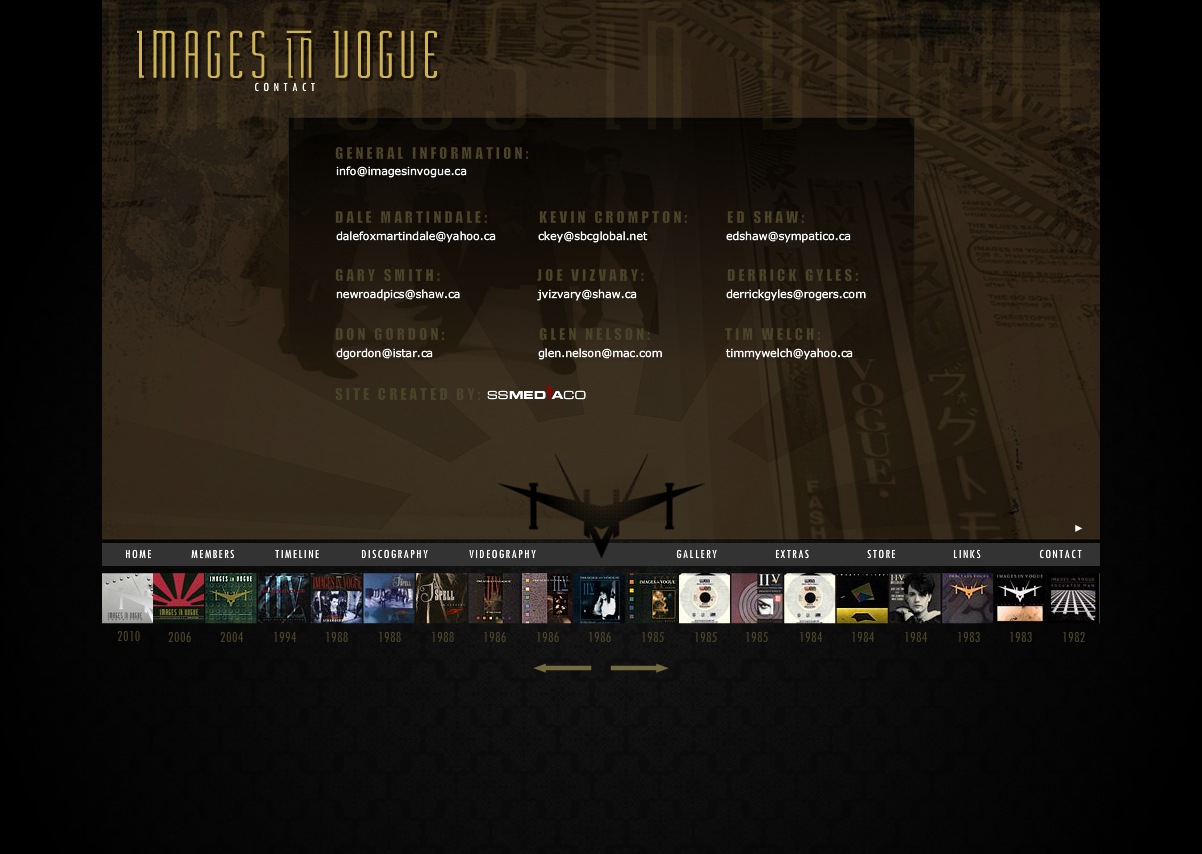