Google just boosted the odds that it will acquire Twitter 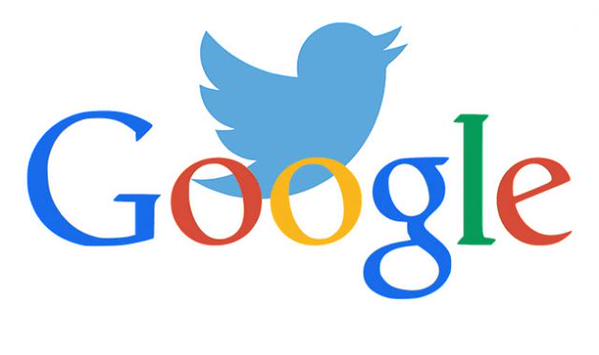 Is this the end of Google+?  Is Google gonna buy Twitter?  Tell us what you think in the comments?

Google’s plan to build a Facebook-style social network—and data-collection service—has failed, which is why it will probably buy Twitter.

Google  GOOG 4.05%  finally announced recently that it is scaling back its focus on Google+, the also-ran social network that the search giant has spent hundreds of millions of dollars and four years of its time trying to turn into a competitor to Facebook  FB -0.03% . Among other things, users will no longer be forced to sign in with a Google+ account when they log on to YouTube and other Google properties, and the useful parts of the network—such as Photos and Hangouts—have already been hived off and turned into standalone offerings.

As a lengthy piece at Mashable describes in somewhat embarrassing detail, the quest to build a Facebook-crushing social service is a classic tale with a number of lessons, including Google’s inability to understand the sheer power of Facebook’s network effects, and its hubris in thinking that gee-whiz features or forced signups would convince anyone to spend any time on the service. It’s a lot like the previous failure of Google’s Buzz feature, but with way more zeros and much larger egos.

Google can’t afford to just chalk those missing millions (or billions) and lost person-years of development time up to experience, however. The reason why it launched Google+ hasn’t gone away. If anything, it has become even more compelling, and Google isn’t much closer to attaining it—which is why I think its decision to move away from Google+ makes it even more likely that it will buy Twitter  TWTR 8.76% .

The search company didn’t just create a new social service because it wanted to blunt the force of Facebook’s rise, or because it wanted social assets and content to advertise against. All of those factors no doubt played a role, but the main focus was always that Google+ would allow Google to tap into real-timebehavioral data from users—data that in turn could help the company fine-tune both its search results and its advertising algorithms.

In the years since Google+ was launched, social sharing has become almost as important a traffic driver for both content and advertising as search is, and in some cases even more so. That makes access to real-time social data even more crucial for Google’s future than it has ever been, but the Google+ network isn’t even close to providing enough of that information.

That’s why Google decided to bury the hatchet recently and cut a deal with Twitterto get access to the company’s real-time “firehose” of user data. The two were partners in the early years of Twitter, but as the service grew larger and started to think about an IPO, it asked for new terms to which Google balked. Twitter ultimately cut Google off. As of a few months ago, however, tweets are again flowing through Google’s search index, and the company has even started highlighting those results in its “One Box” display.

Obviously, Google could continue to just pay Twitter for access to its firehose, as other services do. But now that its in-house social network has proven to be mostly useless as a social connector between its various services, it needs some other way to plug social into those services and get access to unlimited real-time data, and Twitter is arguably the best method available.

As luck would have it, Twitter’s stock is underconsiderable pressure after the departure of CEO Dick Costolo, consistently underwhelming user-growth numbers and a gloomy outlook from interim CEO and co-founder Jack Dorsey. The company has talked bravely in the past about wanting to continue as a standalone service, but Google could probably buy it for about $20 billion, or one quarter worth of search revenue. Twitter investor Chris Sacca has even saidthat the two would be “an instant fit.”

Other potential suitors for Twitter have been discussed over the years, including Apple and Microsoft (some believe Amazon is also a candidate, or even Facebook), but Google has the biggest need for what Twitter can offer—and therefore it is likely to be the most highly motivated bidder. And Twitter’s financial woes may have given it just the opportunity it needs to make that case to the company’s board.