More people have died from selfies than shark attacks this year 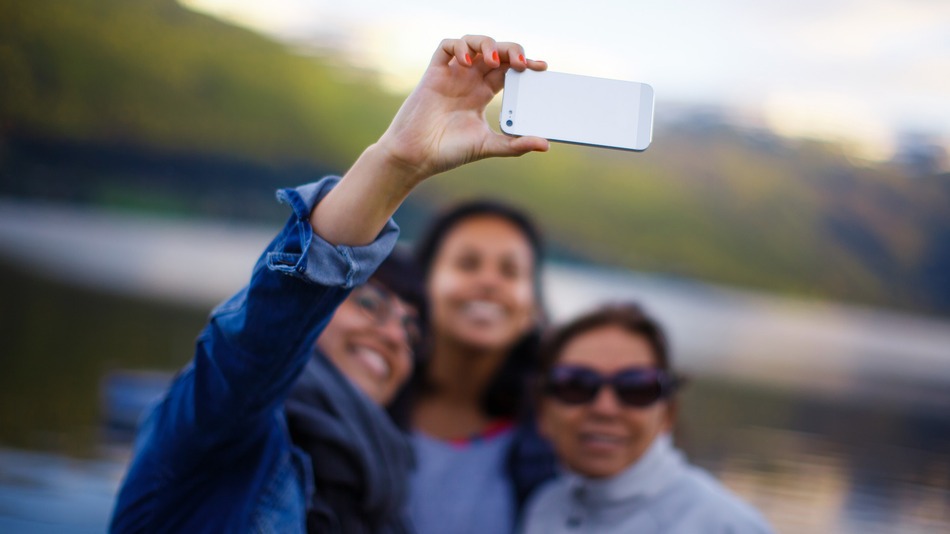 A 66-year-old Japanese tourist has died, and his travel companion has been injured, after falling down stairs while attempting to take a selfie at the Taj Mahal.

The man’s death raises the selfie toll this year — to 12. To put that in perspective, in 2015 there have so far been eight deaths caused by shark attacks. 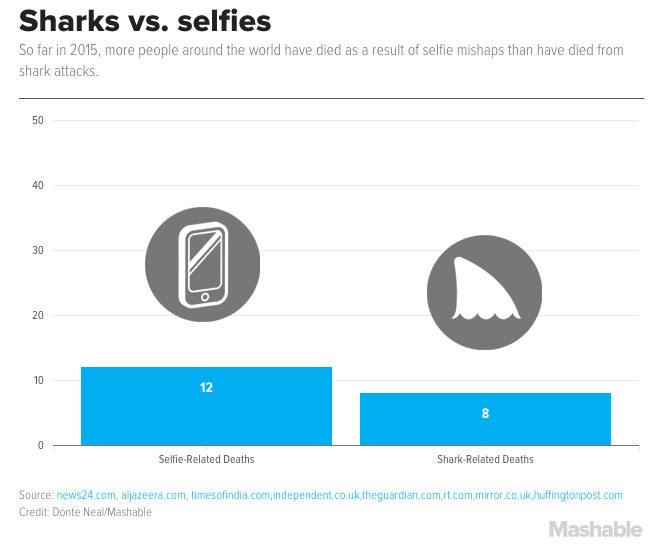 The leading cause of selfie-related death was falling.

It sounds like a joke, but unfortunately it isn’t: The deaths are a tragic reminder to travelers that focusing on a phone screen instead of unfamiliar surroundings is not safe.

Four of the selfie deaths this year, like the tourist, identified as Hideto Ueda, were caused by falling.

The next leading cause of deaths involving selfies was being hit or injured by trains, either because the individual was taking trying to get a photo with a train or because the photo they wanted involved getting on dangerous equipment.

It’s not clear if the number of daredevil selfies is increasing, but more and more tourists are making headlines because of their dangerous attempts at a memorable photo. Parks have closed because visitors keep trying to take selfies with bears, bull runs — an already dangerous activity — have had to expressly outlaw selfie-taking, and even Tour de France cyclists are concerned about selfie danger.

With no idea how far some people will go for a great selfie, many landmarks have begun banning selfies — or at least selfie sticks. As Conde Nast Traveler pointed out in their article on selfies vs. sharks, in July the Russian Interior Ministry released a brochure, warning about cool selfies that “could cost you your life.” Selfie-takers are urged to take precaution with weapons, ledges, dangerous animals, trains and live wires.

“Before taking a selfie, everyone should think about the fact that racing after a high number of ‘likes’ could lead him on a journey to death and his last extreme photo could turn out to be posthumous,” an aide to Russia’s interior minister told Al Jazeera.

Source: More people have died from selfies than shark attacks this year