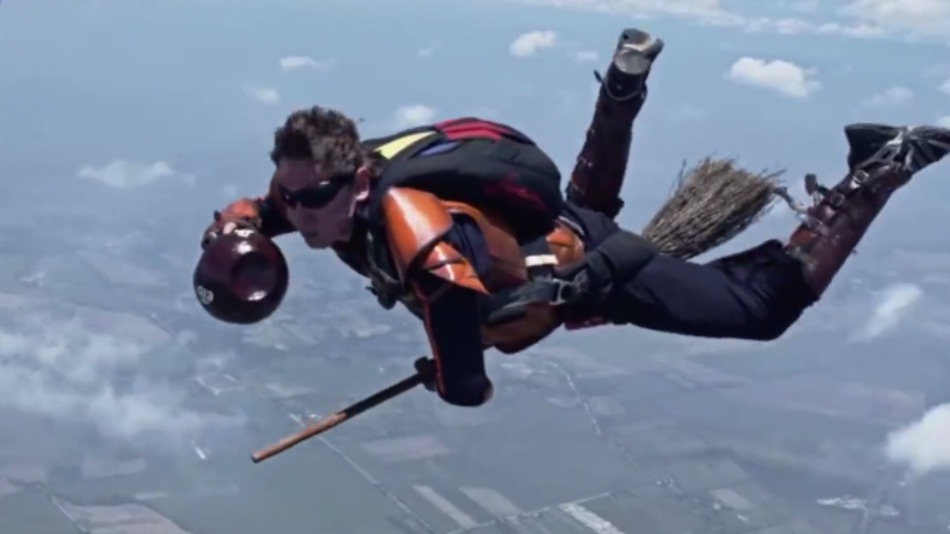 Plenty of Harry Potter fans dream of playing Quidditch in the sky, against fellow witches and wizards.

For several lucky skydivers, this dream became a reality.

Dressed in the proper garb and holding brooms, a group of daring Muggles took to the skies for a game of mid-air Quidditch.

The video is about as badass as you’d imagine it to be.