Take the Pledge Not to Buy a Ticket to a Dolphin Show. 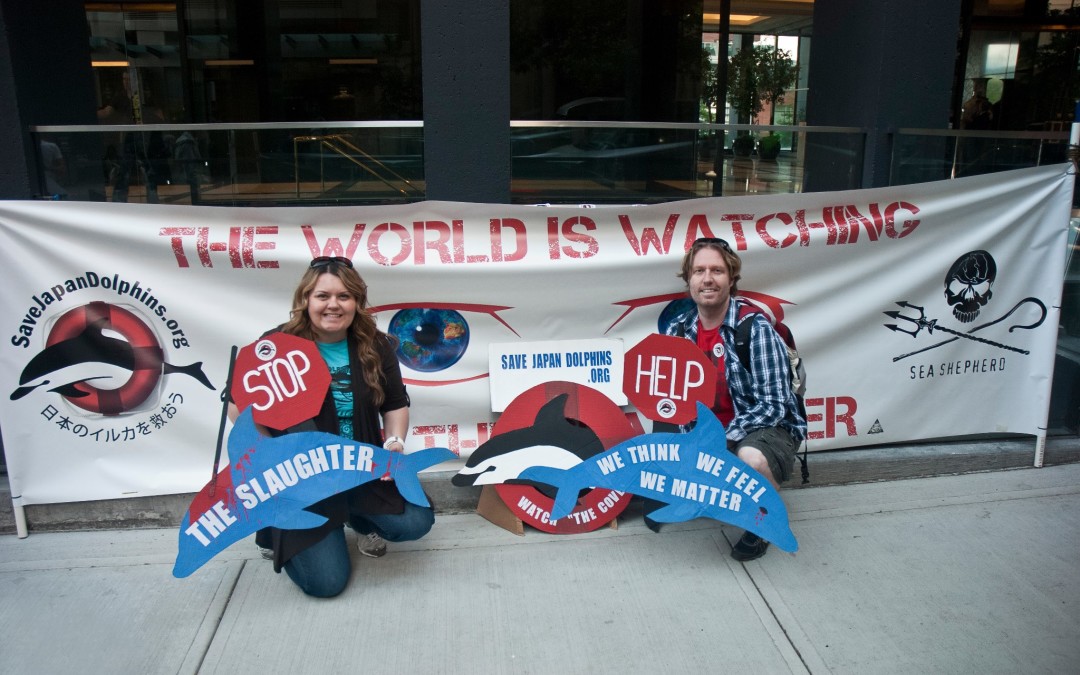 Dolphins have evolved over millions of years, adapting perfectly to life in the ocean. They are intelligent, social and self-aware, exhibiting evidence of a highly developed emotional sense. Here are just a few of the issues with captivity:

Captures of dolphins are traumatic and stressful and can result in injury and death of dolphins. The number of dolphins that die during capture operations or shortly thereafter are never revealed in dolphinariums or swim-with-dolphins programs. Some facilities even claim their dolphins were “rescued” from the ocean and cannot be released. This claim is almost invariably false.

Training of dolphins is often deliberately misrepresented by the captive dolphin industry to make it look as if dolphins perform because they like it. This isn’t the case. They are performing because they have been deprived of food.

Most captive dolphins are confined in minuscule tanks containing chemically treated artificial seawater. Dolphins in a tank are severely restricted in using their highly developed sonar, which is one of the most damaging aspects of captivity. It is much like forcing a person to live in a hall of mirrors for the rest of their life – their image always bouncing back with no clear direction in sight.

Join us and pledge that you won’t go to a dolphin show or swim-with-dolphins programs. Click Here to join the petition.

Click Here to check out the interview with Dr. Lori Marino on dolphin intelligence.

Click here to see a list of captive dolphin facilities that have been closed or never opened. These success stories were accomplished by people like you taking action and stopping all support of dolphin shows and all swim-with-dolphin facilities.